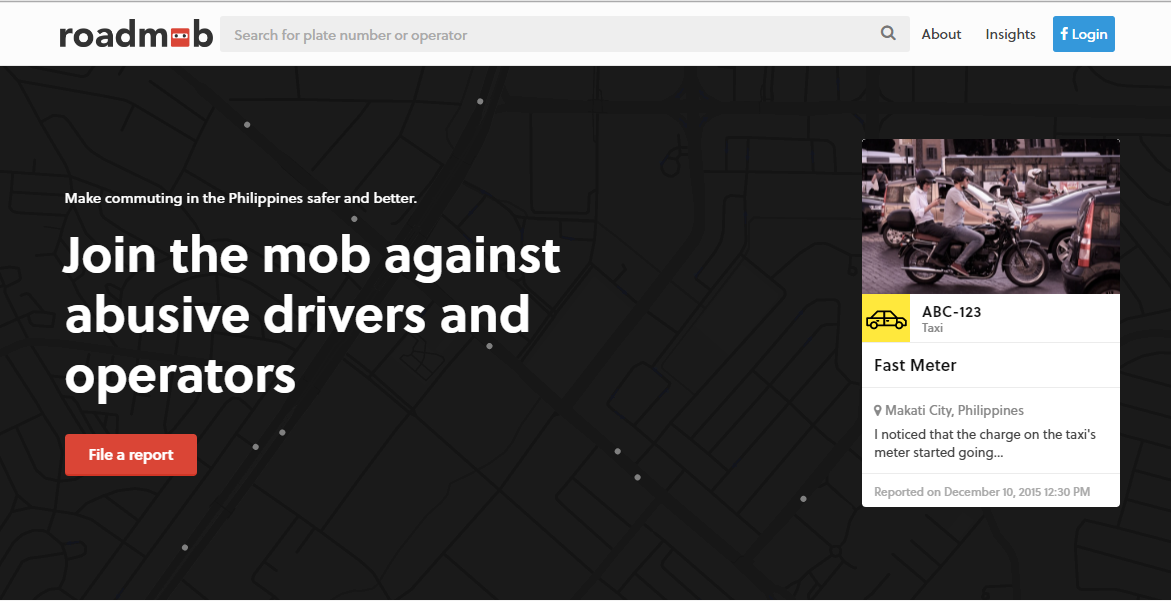 Roadmob is an online platform for reporting abusive PUV drivers and operators. It allows commuters to publish complaints publicly and reach out to the LTFRB and other parties involved for appropriate action. These complaints are shareable to Facebook and Twitter and includes a forum that facilitates a conversation between anyone who is concerned.

This project was a prototype that came out of a hackathon in the UP Department of Computer Science last April 2015. Our team who was composed of myself, Andie Rabino, Dale Lim, and Frank Rayo garnered the first prize of the said hackathon. We later on decided to develop the idea further into a beta platform which was showcased last December 2015 in GDG PH’s Hackfair.

This project introduced me to the Django framework for web development. I created the user stories and low fidelity prototypes in the design phase. During the latter part of the development, I worked on the restful API for the reports and set up the system’s media storage in AWS S3.

You can check beta version by visiting www.roadmob.ph. The slides we used during the Hackfair presentation are available here.